Reporting cowboys who are you going to call?

We get a lot of calls from people who are concerned that asbestos is being removed by cowboys,illegally transported and illegally dumped . People are rightly concerned about their safety and their rights . knowing who to call to get the cowboys to be accountable is important because once they have left site its very difficult ,and sometimes impossible to hold them accountable for the contamination they have caused.
Some of the worse cases we see are when asbestos roofs are water blasted with high pressure equipment . Water blasting asbestos sheeting releases deadly asbestos fibres and this become friable asbestos and an A class removal company is required to perform this decontamination .We are aware of these types of decontamination to cost around $30,000.00 so its important that it is done correctly and the cowboys are held accountable.
Ok this is where it gets complicated because time is not on your side you need to know who to call and quickly because sometimes it will be workplace health and safety,the council,the department the environment and heritage or Queensland health because they all have different responsibilities and powers. 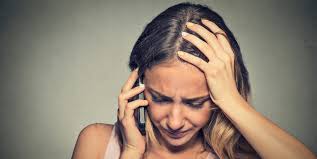 Scenario 1
You suspect that trades men are the ones creating the contamination . If tradesmen are creating the contamination or using unsafe asbestos removal practices this is under the jurisdiction of workplace health and safety . This is a workplace incident and they have certain powers under the workplace health and safety act . including appointing other licensed contractors to decontaminate the area at the cowboys cost.
Scenario 2
You suspect a homeowner is the one creating an asbestos contamination and using unsafe asbestos removal practices.This is under the jurisdiction of the local council they have powers over asbestos contamination by homeowners.
Scenario 3
You believe somebody is transporting asbestos illegally in a truck or some other vehicle this is covered by the dangerous goods transportation act and regulated by the department of the environment and heritage . Fines for illegally transporting asbestos without what the department call an ERA license run into the tens of thousands depending on the severity.
Scenario 4
If you discover some asbestos in a park it will depend weather this park is local council property or crown land controlled by the state gov . Local councils will look after land owned or controlled by them all other illegally disposed asbestos is the responsibility of Queensland health . Likewise if there has been an asbestos contamination on a “jobsite ” once the tradesman has left and the bulk of asbestos removed the remaining contamination may fall under Queensland health . Last year the Queensland government including councils spent $11 million on cleaning up illegally dumped asbestos.
Look I know its confusing but its the way these things are handled in Queensland at the moment . Time is of the essence and knowing who to call can sometimes make the difference between getting it cleaned up quickly and safely.