History of asbestos in Australia

With usage peaked between 1945 and 1960 after the post WW2 building boom when it featured in almost 20% of homes at the time now the numbers are up around 30% of all homes and 90% of homes built before 1990 according to Safe Work Australia.

Mining of asbestos in Australia started with the discovery of blue asbestos (crocidolite) Wittenoon Western Australia in 1936 and Lang Hancock starts a pick and shovel mine . It wasn’t until 1940 that mining was in full production and in 1943 a processing plant is opened . Around this time there were reports from an asbestos mine in Zeehan in Tasmania that asbestos dust was dangerous and discussions started on how to eliminate it . Later (1944) there were concerns raised at Wittenoon and the dangers of asbestos dust hazards and the need to reduce dust levels . 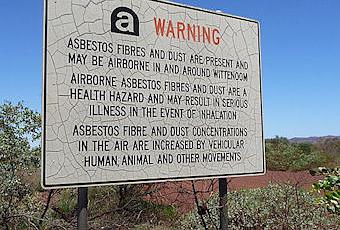 In 1946 the first known case of asbestosis is diagnosed in the Wittenoon mine a man named Dignam becomes Australia’s first diagnosed case.From now on right through to today the health effects of asbestos diseases are affecting those who have been exposed to it. It wasn’t until 1951 that safe dust levels were set it wasn’t until 1966 that the Wittenoon mine was closed by the commonwealth health department , due to the discovery of lung cancer,asbestosis and mesothelioma 175 of Wittenoon workers 26 have already died .

In 1968 loose fill asbestos is pumped into by the Djansen and co company homes as insulation and eventually stops in 1979 when the company is known as Mr Fluffy after thousands of homes and commercial buildings have had it installed .

1970 building unions at workplaces across Australia commence industrial action to ban the use of asbestos . 1985 asbestos is banned in the housing and construction industry and the first successful common law claim for compensation as a result of asbestos related disease. 1985 The Wittenoon toll tops 500 and the national research council predicts it will reach 2000.

1989 -1993 the Mr Fluffy houses are cleaned up by the ACT and The Commonwealth . All homes in ACT with visible loose fill asbestos cleaned up . 2001 unions keep the pressure on James Hardie to acknowledge the dangers it put workers in and remind it of its obligations to workers for compensation. 2003 An Australian wide ban on asbestos took effect on 31 st December.

2005 James Hardie and the NSW Government sign a deal providing $4.5 Billion in funding for Australia’s asbestos victims . 2006 a national center for Asbestos related disease is established in Perth . 2009 Safe Work Australia is established as the commonwealth statutory agency to regulate work place health and safety policy’s and acts to guide the sates and to work towards a national safety code.

2100 Workplace Health and Safety act 2011 introduced nationally and model legislation and regulations adopted by most states is adopted . licensing requirements for asbestos removal both A and B class are updated and the introduction of a asbestos removal business license is introduced later on .2011Two important acts are published “how to manage and control asbestos in the work place ” and “how to safely remove asbestos ” these two acts are still in use today .

2012 The High court of Australia finds seven directors of James Hardie Breached its duties by producing misleading reports to the stock exchange. The asbestos safety and eradication agency is established to provide a national focus for asbestos and its effects on the community as a whole .

2015 till present day with imports on the rise from countries that have little or no regulations on the use of Asbestos . Asbestos becomes a ongoing headache for border control major projects like the Perth children’s hospital are found to have asbestos containing materials used in their construction two brands of cars from china are imported into Australia containing asbestos components and asbestos is found in children’s crayons and flooring in prefabricated buildings, cranes , trains and gyprock imported from China .