Asbestos pipe removal is one of the services we have had a lot to do with this in the last few years with all the infrastructure upgrades on the Gold Coast we have been involved in the removal of acm pipes form every size starting at 75mm right up to 600mm in diameter. Handling asbestos pipe, no matter what size it is its all the same as long as its horizontal when you get a call about asbestos pipes in a sewer well everything changes.

It was no ordinary sewage well it was the main pump station with 1 million litres an hour going thru it and it was over fourteen meters deep. The asbestos pipe we removed was 450mm in diameter and weighed around twenty-seven kilograms a meter. There were two in the dry well and one in the wet well and because of the condition of the wet well pipe it was declared friable by occupational hygienists. 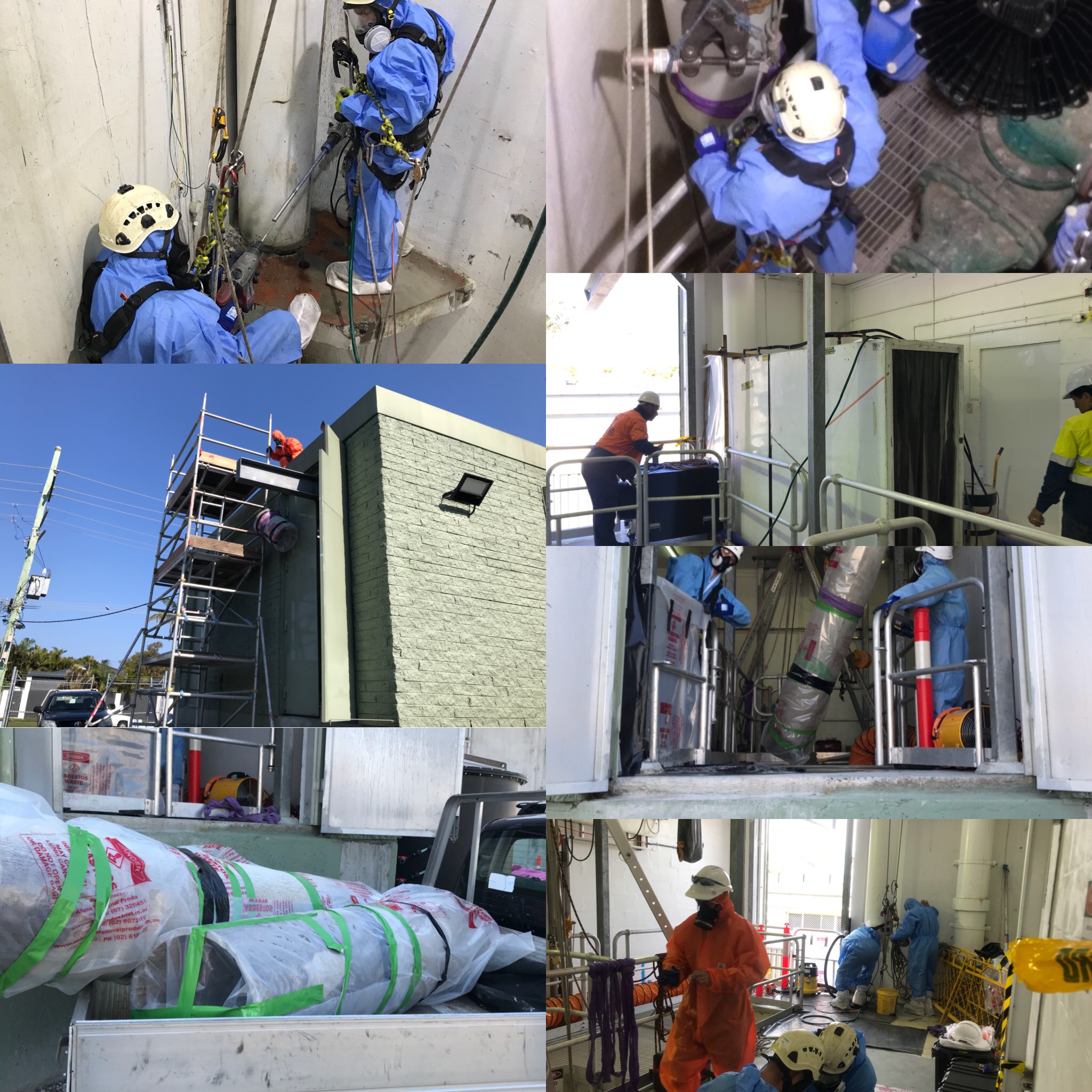 The brief was very involved and there were so many conditions put on the job by the client, we were able to come up out of the box solutions compliance and safety were the two main factors. This was the test and we passed with flying colours. The access to the bottom of the well was not to be blocked in any way this required us to come up with a solution that was new to the clients. When we first proposed sending rope access technicians into the well there was a little push back once they realised that because of the restriction they put on us it was the only way.

This was the easy part of the asbestos pipe removal; the next challenge required the safe removal of the friable asbestos wet well pipe. Being over the running wet well we had added hazards we had the risk of explosive gases from the sewer and the fact that nothing could be dropped into the wet well under any circumstances. The fact that the pipe was crumbling and still attached to a Failed deodoriser unit meant that we were at a distinct disadvantage.

After five days we were triumphant the pipes were removed safely without incident or damage to the sewer pumps the meticulous planning and hours of meetings had paid off. There were more than a few untested methods as this was the very first of its kind the client had ever completed they had trusted us, and we had delivered on time and on budget.

The skills involved in this job were friable and non-friable asbestos removal, working in confined spaces, working at heights, safe use of breathing equipment asbestos transport and air monitoring.