Coastal asbestos removal to the rescue!

Coastal asbestos removal to the rescue!
Asbestos contamination on a development site a case study.

Shopping local is at the very heart of what we are about all of our suppliers are within 40 min of our office, and 99% of our customers are within 20 km of our business this means that when you need a rapid response to an asbestos contamination you can count on us we are local, we are on the road all day. 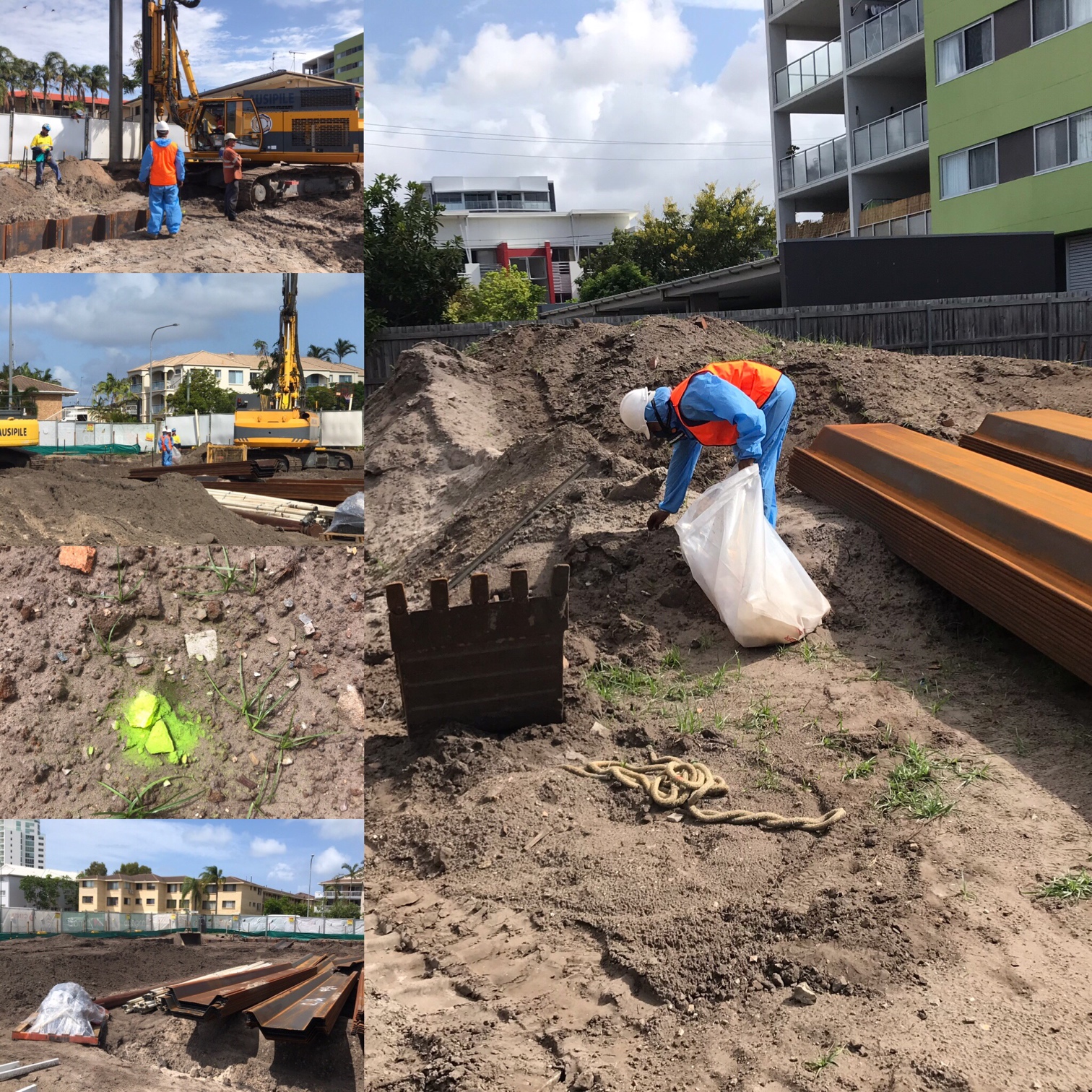 Recently we got a call from a local developer who was drilling some holes for the foundations on an empty block. The block had recently had four houses removed so they could build a hi-rise on this site it is not uncommon for some asbestos debris to be in the soil after a multi demolition. You just never know what people have buried in their backyards over the years, and no amount of asbestos is safe in a workplace like this.

The developer had their site shut down by the unions because some suspected asbestos was found on site and the union rep onsite called stop work this was an asbestos emergency job now . Stopping work is the responsible thing to do here as none of the workers had undergone asbestos awareness training if they had of called us before they started onsite, we would have happily delivered this training for them.

Stopping a development site with a full crew of men and a couple of machines can be an expensive undertaking 30 minutes of asbestos awareness training for civil operators looks like a great investment.

The two priorities are.

Next Queensland Workplace Health and Safety had been called to the site, and everyone was on edge. Now our builder was caught between a rock and a hard place none of this was his fault. When we got the call, we were able to attend site within 60 minutes we met with the site supervisor, the Union rep and Queensland Workplace Health and Safety addressed their concerns. We formulated a plan firstly a site inspection to identify, and asbestos on the surface is marking all suspected asbestos with marking paint next removed all the asbestos pieces, had the site inspected and a clearance certificate issued, and work resumed.

From the initial phone call to the inspection getting a clean-up crew to site and gaining a clearance certificate, we were able to get the site up and running in under two hrs. Minimal production time was lost and some valuable time was salvaged on this project that day.